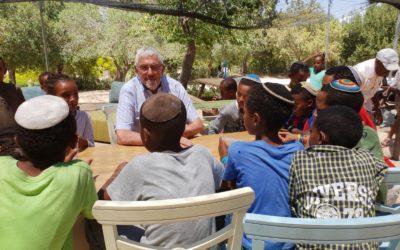 The Jewish Agency for Israel is the largest Jewish nonprofit organization in the world. Its mission is to “inspire Jews throughout the world to connect with their people, heritage, and land, and empower them to build a thriving Jewish future and a strong Israel.”

Our investment supports many programs. The following are two examples, in alignment with our priorities: