Applications for 2023 travel are open!

Applications are due by February 14, 2023. There are four $1,250 awards that will be granted. Grant is only open to current high school students participating on a 2023 Israel experience. Candidates will be considered on the basis of a combination of academic and personal achievement.

Please submit this completed application along with:

Jewish Federation of St. Louis is pleased to announce the 2022 recipients of the Stuart I. Pessin Award: Sarah Rumfelt, Yechiel Shulman, and Zoe Klevens.

The awards, which are allocated from the Stuart I. Pessin Scholarship Fund, compliment the existing Israel grant program funded by Jewish Federation of St. Louis. The merit-based award provides a means for select high school students to receive community funds by demonstrating their commitment to Judaism and the St. Louis Jewish community. 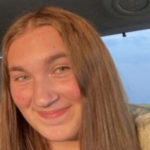 Sarah Rumfelt is a sophomore at Francis Howell High School and a member of Temple Israel. She is involved in many activities at school such as Youth and Government and FBLA as well as National Society of High School Scholars. She is also the manager for the wrestling team and the lacrosse team at Francis Howell. Sarah is very involved at her synagogue being a madricha as well as in confirmation class. In 2016 and 2020, she received the Academic Presidential Award and has also received the National Junior Honor Society Certificate of Excellence. Sarah is a black belt in Taekwondo! This summer, Sarah will be traveling to Israel with the Jewish Federation of St. Louis’ teen Israel experience, Israel Bound. 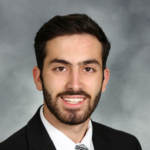 Yechiel Shulman is a senior at Yeshivat Kadimah High School and a member of Young Israel. At school, Yechiel is very busy with many programs such as building Sukkot for community members, reading the weekly Torah portion, as well as playing on the varsity basketball team. Yechiel has been a counselor at Bnei Akiva for three years and is a participant in JCRC’s Student to Student program. He is the co-president of the local NCSY branch and also organizes Young Israel’s Teen Minyan which includes organizing the service, preparing and reading the Torah portion and cooking cholent each week. In 9th grade, Yechiel placed 5th in the International Bible Contest in Israel. He is part of NHS and takes many AP classes. This fall Yechiel will begin a year of study at Yeshivat Har Etzion in Israel. 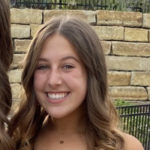 Zoe Klevens is a sophomore at Parkway Central High School and a member at United Hebrew. At school, Zoe is involved with Yearbook, Student Council, and field hockey and lacrosse. She is also the President of the JSU chapter at her school. She was the top fundraiser for Dance Marathon in 2021 and continues to serve on the executive committee. Zoe serves as a madricha at religious school and is a camp counselor at Ramot Amoona. This summer she will be traveling to Israel with NFTY/Camp GUCI.

Stay Up to Date