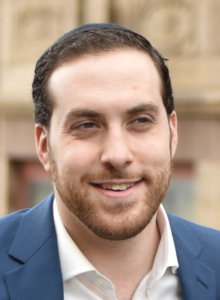 Seven Myths About Anti-Semitism: Why It’s So Hard To Fight and What To Do About It

If you asked people on the street today whether they oppose anti-Semitism, most would immediately say yes. Yet, as survey after survey and incidents from Pittsburgh to Paris demonstrate, anti-Jewish prejudice seems as resilient as ever. If we agree anti-Semitism is bad, why are we so bad at fighting it? The answer: Much of what we think we know about anti-Semitism simply isn’t so, and these misconceptions prevent us from recognizing and tackling the problem. Here’s how we can do by better by ourselves and our students.

Trolling the Trolls: Turning the Tables on Online Anti-Semitism

The rise of vitriolic bigotry on social media can often leave those targeted by it feeling helpless, forever waiting on capricious corporations to clean up their platforms and protect minority voices like Jews. Rather than holding out for a top-down solution to online abuse that may never arrive, this crash course offers bottom-up strategies for countering anti-Semites and other racist trolls on the internet, empowering students and digital denizens to take back their spaces.

Although this topic is uniquely focused for teens and parents everyone in welcome.

Yair Rosenberg is a senior writer at Tablet Magazine, where he covers the intersection of politics, culture, and religion. His work has also appeared in the New York Times, Washington Post, Wall Street Journal, The Atlantic, and The Guardian, and his writings have received awards from the Religion Newswriters Association and the Harvard Center for Jewish Studies. He has covered everything from national elections in America and Israel, to observant Jews in baseball, to Muslims and Jews in comic books, and in his spare time, he creates bots that troll anti-Semites on Twitter.

For additional information, contact Kathy Schmeltz at 314-442-3761 or KSchmeltz@JFedSTL.org.

Stay Up To Date