All three awards will be presented at “Here. For Good.” a special celebration event of the 120th anniversary for the Jewish Federation of St. Louis on Sunday, April 10, 2022. The celebration will begin with a tour of an historic exhibit that honors the past, celebrates the future, and looks forward to the of Jewish Federation in the St. Louis community. The exhibit will open at 3 pm; the awards and festivities will begin at 4 pm. All events will be held at the Kaplan Feldman Complex, Staenberg Building. 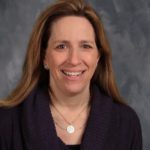 Patty Bloom is Director of Admissions and Marketing at Saul Mirowitz Jewish Community School. Patty oversees the school’s marketing, communications, recruitment, retention, and enrollment planning efforts, positioning Mirowitz to prospective families, donors, alumni, and community leaders. In 2012, she managed the messaging of the merger of Saul Mirowitz Day School – Reform Jewish Academy and Solomon Schechter Day School, and oversaw the branding of the newly merged school. That was not her first merger, as she was also was a member of BJC HealthCare’s marketing team that managed the messaging of the 1996 merger of Jewish Hospital and Barnes Hospital. Patty is nationally recognized for excellence in marketing and branding, is a past recipient of the JProStL Pillar Award, and regularly presents at national conferences of AISAP (Association of Independent Schools Admissions Professionals) and Prizmah, the network for Jewish day schools. Patty has served in many volunteer leadership roles including as President of YPD (1999-2001) and board member of Jewish Federation of St. Louis, CAJE, Women’s Philanthropy, Saul Mirowitz Jewish Community School, and Congregation Temple Israel, and received the Grosberg Young Leadership Award for volunteer leadership in 2002. For 16 years, she taught Sunday school to fourth graders at Temple Israel. Patty has a BA in English and Journalism from University of Texas at Austin. She and her husband Jonathan are the parents of Rebecca and Matthew, both Mirowitz alumni. She is the daughter of Alice Handelman who received the Goldstein Award in 1998 for her service as Director of Community Relations at the Jewish Center for Aged. 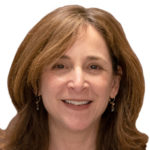 Karen Sher is Vice President of Community Leadership & Engagement at Jewish Federation of
St. Louis where she has worked since 2010, and where she started her career (1992-1998).  Karen currently oversees Millstone Leadership Initiatives, JProStL, Israel education and travel, Shinshinim, Teen Tzedek, PJ Library, and outreach to young families. She is the Jewish Federation liaison to Federation’s State and Federal Government Affairs work and is helping lead a new initiative, Courageous Leadership, for the Jewish community in 2022. Karen is in the Mandel Executive Leadership Program and is an alumnus of Leadership St. Louis (2020-2021). Karen coordinates the Sh’ma Listen Community Speaker series, the Millstone Fellows and has staffed numerous community trips to Israel. Prior to returning to professional work at Jewish Federation, Karen assumed volunteer leadership roles including Co-Founder and Founding President of Nishmah: The St. Louis Jewish Women’s Project, Co-Chair of Jewish Federation’s Women’s Philanthropy, Board Member of Jewish Federation, the JCC, and Washington University Hillel. Karen was presented with the Grosberg Award for Young Adult Leadership in 2003. She graduated from Indiana University with a BA in Sociology and a Certificate in Jewish Studies, and received an MSW from the University of Maryland School of Social Work and an MA in Jewish Studies from Baltimore Hebrew University. Karen and her husband are the parents of Tamar, Jake, and Aden. 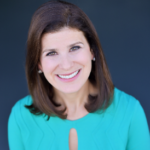 Abby Goldstein grew up in Beaumont, TX and has been active in the St. Louis Jewish community since moving here in 2012. Abby is currently the Vice Chair of Engagement for Jewish Federation of St. Louis’ Women’s Philanthropy Board and is a former Co-Chair of L’Chaim. A member of JFNA (Jewish Federations of North America) National Young Leadership Cabinet, Abby serves as Orientation Co-Chair. Abby and her husband Michael Goldstein participate in the JFNA Fisher Flight program, one of the most exclusive Jewish leadership programs in the country.  Abby is an alumnus of the Millstone Fellows and was a member of the Jewish Federation CEO search committee in 2019. In addition to her roles in the Jewish community, Abby is Co-President of her children’s elementary school’s Parent Teacher Organization, a member of the City of Clayton Board of Adjustment, on the Board of Directors for the Goldstein Family Foundation, and on the Center for Creative Arts (COCA) Associate Board. Abby received her undergraduate degree from the University of Texas and graduate degree from the University of Michigan. Abby and Michael are the parents of Bernie, Jake, and Benji. 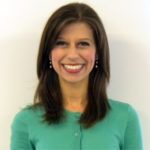 Dalia Oppenheimer is a Board Member of the Jewish Federation of St. Louis and Co-Chair of its Community Impact Assessment and Planning Committee. Dalia has served on the Executive Boards of Bais Abraham Congregation and Epstein Hebrew Academy, where she held roles as Chair of Strategic Planning and Development Committee Co-Chair. Dalia was a member of the founding cohort of the Jewish Federation ACCESS leadership program and in 2021 co-led the second cohort. Dalia began her career teaching Composition and English to college students while completing her PhD in English at Washington University. She then made the switch to corporate life and is now Manager of Technical Communications for the Nestlé Purina engineering group, where she partners with technical teams and executive leadership to provide strategic communications direction and develop communication programs and platforms. Dalia is a native St. Louisan with proud roots as her great-grandmother was a founding member of the Bais Abraham Sisterhood and her great-aunt and uncle Yetra and Izzy Goldberg were pioneers for Epstein Hebrew Academy and other St. Louis organizations. Dalia follows the family tradition as an active leader in the St. Louis Jewish community.  Dalia and her husband Jeff Glogower are the parents of Yaffa and Rami who are students at Epstein Hebrew Academy.

The RubinBrown Corporate Leadership Award is given to a company that exemplifies philanthropic leadership in our community. The recipient of this award demonstrates a commitment and dedication to philanthropy that enhances our community in a meaningful way. Luxco has exemplified philanthropic leadership in our community through their generosity at the helm of the Lux Family. Founded in 1958, Luxco, Inc is a premier producer and marketer of distilled beverages and liquors. The company’s deeply held values are reflected in their social responsibility and involvement in the communities where they operate.

Register for the April 10 event here.

Stay Up To Date